One of the seven Ancient Forests of Cartyrion, the Feywood has existed since the first Alevar brought life to the world many thousands of years ago.

When the Elves first left the Elvenhome - the place of their Awakening, the Feywood was the first great forest they encountered. They found it populated by many of the Fey races that had been Awakened by the same Alevar that had Awakened them, and have lived in peace with these creatures ever since. There has been an Elven presence in the deepest parts of this forest ever since.

When Berdea first caused the Forest to be, it was vast - perhaps second only in size to the forest that would become the Elvenhome. Since it came to be, it has been bordered on the west by the Iron Mountains, and on the east by the jagged Teeth of the Sea. When it first came to be, its northern reaches stretched all the way to the shores of the Farsea in the north, and down through the narrow neck of land leading to what is now the Dwarven Lonely Delve.

Today, the Feywood is perhaps half the size it originally was. The Coastal and Central plains are mostly void of forests - the former being predominantly farmland and the latter grazing plains for herd creatures. The narrow strip of forest between these is called the Oakwood and is not considered to be part of the Feywood today. The Feywood begins at the southern edge of the Central Plains, and reaches south to the Broken Lands where the gap between mountain ranges begins to narrow.

The climate within the Feywood is that of a temperate to subtropical rainforest. Freezing temperatures or snows are pretty much unheard of, though in winter the temperatures may well drop to where a warm blanket is welcome at night

The northern edges of the Feywood are a mix of deciduous trees and trees in the pine and spruce families, but as one goes farther south into the forest some stands of more exotic hardwood trees can be found. In the southern regions of the Feywood, even the oaks remain in green leaf year-round.

The Feywood is home to a myriad of common forest creatures ranging in size from moles and mice, chipmunks and squirrels on the small side to elk, deer, wolves and bear on the larger side. Numerous species of birds make their homes in the trees as well. And then there are the lesser fey - pixies, sprites, and the like abound. More threatening creatures - Giant spiders can be found in the darkest, most remote places in the forest.

As for more intelligent creatures, bugbears still roam parts of the forest. Various woodland and water nymphs also make their homes here - some reputedly for thousands of years. Rumors tell of colonies of Lizardfolk and Boggards living in the marshlands upstream on the rivers feeding Spirit Lake. Then of course, there are the humans and halflings living mostly in the towns that have sprung up within the forest - and of course the goblins and handful of dwarves and gnomes that have chosen to live beyond the mountain Delves.

As Humans expanded from their first homes into the area, they had their impact on the forest. Settling first along the northern coast, and then gradually further inland, the Feywood retreated over the years. Great trade roads were cut throuth the forest as well, connecting the Dwarven Delves and the rising Cities of Humans. Along these roads, towns sprang up, and these too cut into the Forest.

Then came the Great Strife. Many battles were fought in the Feywood, and much of the northern part of the forest was devastated. When the Stirfe finally ended, the Humans were gone, the great Dwarven Roads were abandoned, and the land was left to the few surviving Fey and Elves.

But it didn't take long for the city-dwelling races to return and make their mark upon the Forest once more. 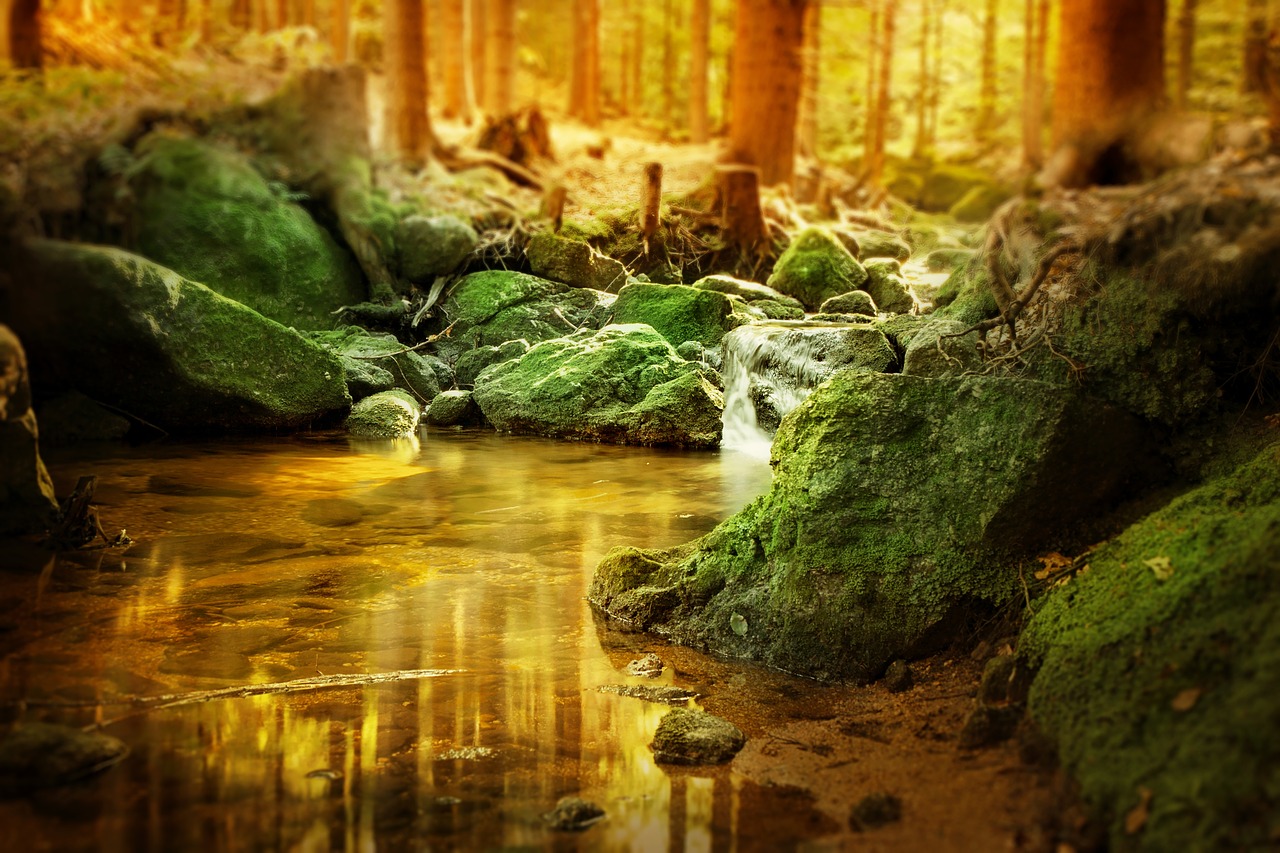 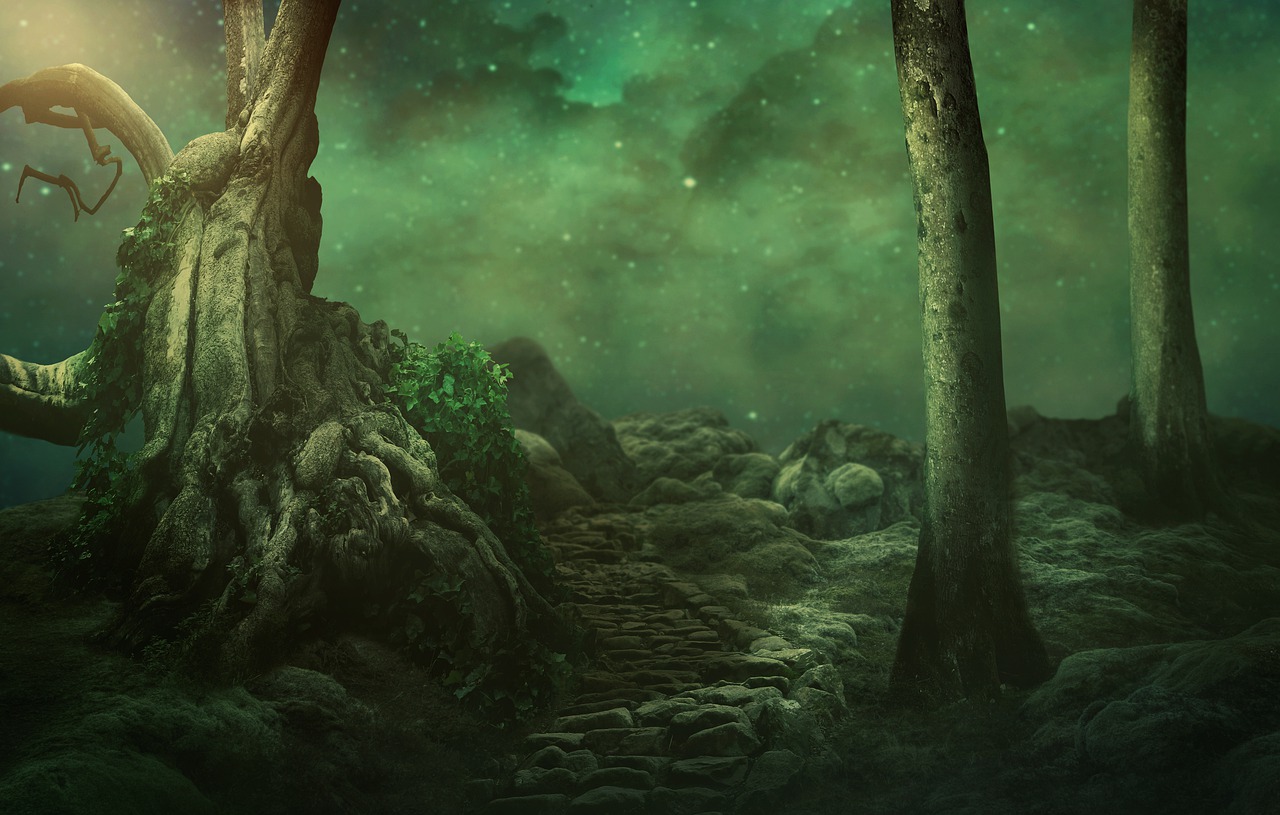 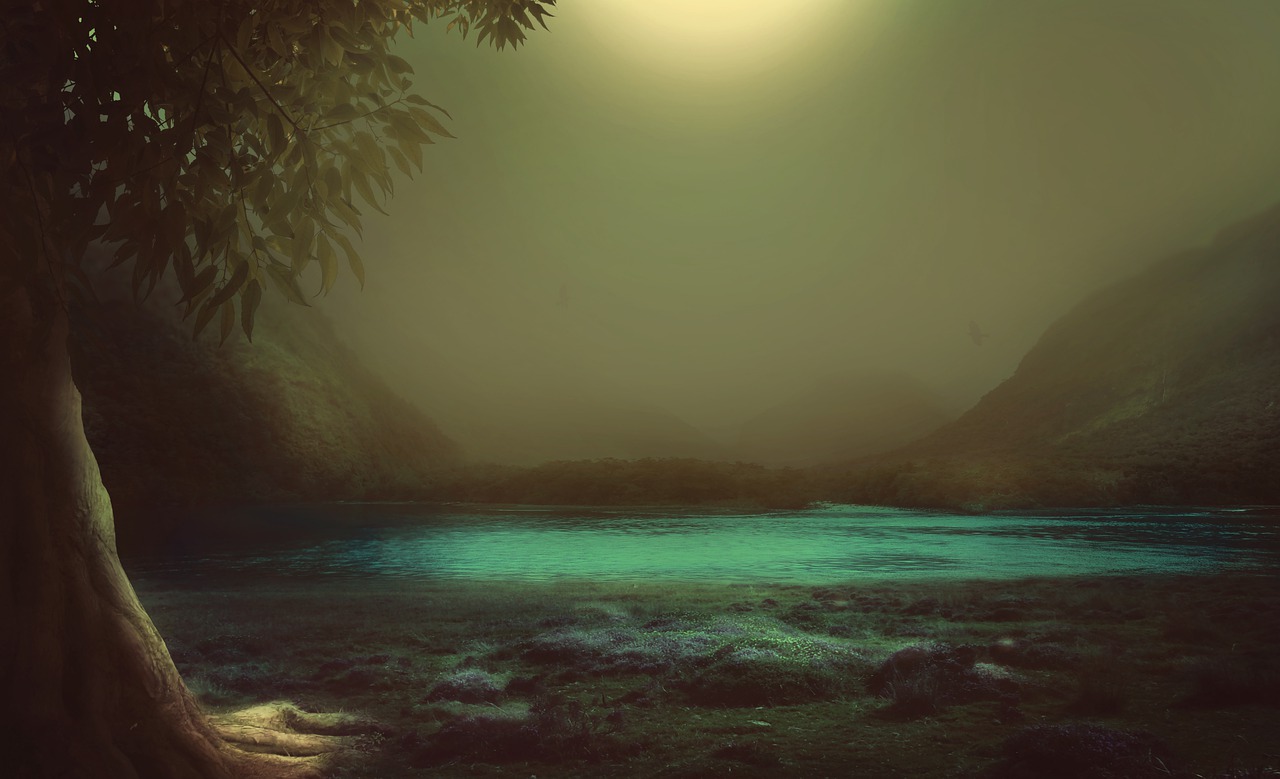