Berdea and Atezana of the Alevar were the first to arrive some 20,000 turns of the seasons ago. Berdea, seeing the broad expanses of rock and sea left by the The Creator of Worlds, decided that he would bring beauty into this place. He first made the grasses and trees and flowers, and all the green things that grow on the land and in the shallow seas... Then, because he saw beauty in motion as well as form, he awoke the creatures that live in the seas and marshes; the creatures large and small that inhabit the forests and plains; and the birds, bats, and insects that inhabit the skies.
— From the Elven Tale of the Awakenings

Berdea of the Alevar created the first plant and animal life that covered Cartyrion; his design included the means by which these plants would thrive. He envisioned a web involving not only the plants, but all varieties of animal life - from tiny insects to larger birds and beasts. All aspects of creation relied in some way on every other.

Food chains are the most visible evidence of this, but not the only one. The Elven sages teach their people there is a vital balance in nature - a balance between the plants and trees of Cartyrion and its creatures - crawling insects, bees, birds, bats, even larger furred beasts. Some animals spread pollen that allows the plants to form seeds. The plants provide nectar as a special reward. Later, other creatures eat the plants or their fruit, then spread the seeds in their scat. The cycle continues. Left to themselves, all creatures prosper, and life goes on.

But things on Cartyrion are rarely left to themselves. Atezana, one of the wises of all the Astralar, knew this, and took steps to ensure that the works of her partner Berdea would forever grace the world of Cartyrion with their beauty and splendor.

The Elven sages further teach their people that Atezana believed that while the bees and beasts were vital parts of the plan, they were not enough to ensure the fullest beauty of the world. She created the Fey - the Nymphs, to be exact - as creatures with greater intelligence than the animals. They had greater appreciation for the beauty of nature and a desire to see it nurtured. This is before other deities arrived at Cartyrion and began to twist and pollute some of the Nymphs into the antagonistic, evil gremlin forms that are found today wherever the Fey live.

Different varieties of nymphs are responsible for different regions of Cartyrion, but all have similar responsibilities. They monitor the health and vitality of nature, and do whatever they can do to ensure things work according to plan. Since the influences of the dark gods started to taint Berdea's nature, this task has become more challenging. Sometimes they need to protect creatures from threats that never used to be. Sometimes they must take an active role in replanting blighted flora, and restoring the fauna needed to complete the complex webs of dependency.

Since the The Great Strife, one would assume the Nymphs would be harder at work than ever, attempting to restore Cartyrion to the natural glory it enjoyed before the gods waged war across the world. One would be correct in this assumption, but sadly there are fewer Nymphs now to complete this work. For when Atezana created the Nymphs, she granted then an eternal lifespan, but this did not mean they could not be killed. Furthermore, Nymphs do not reproduce; Atezana did not see the need when she first created them.

After the Strife, it was left to those Nymphs who survived to tend Berdea's gardens across Cartyrion. This they did - and still do - as best they can. But the Elven sages fear they are slowly losing the battles against not only the fell creatures, but the indifference of the Folk who spread everywhere across Cartyrion as well.

Unfortunately, the Human sages are not so learned in the ways of Berdea's creations, and while the Humans have mastered the arts of growing certain crops for their use, they do not understand the web of nature. Humans tend wheat and barley for bread and beer, and flax to spin into linen. They grow root vegetables and gourds to feed themselves through cold winter when crops do not grow, and tend fruit trees to harvest for their delicacies. But sadly, the Human sages, much less the pioneers and farmers, do not understand the importance of the creatures they call pests and vermin. They believe their crops grow and spread because of their tending, and do not see the the work of Berdea's insignificant creatures or the Nymphs that watch over them.

The Humans have noticed that since the Strife, there are places where they cannot grow things, or that there are places that, long ago, were fertile but are now barely able to sustain a crop. They have not noticed, though, that these are the areas where the Fey no longer dwell... where there is nobody to restore the lost web of interdependence that Berdea intended. They do not notice, because they never really noticed the Fey in the first place, or at least never recognized that they had a purpose. As the Elven sages say, they are learning now, but are not even aware of the teaching. 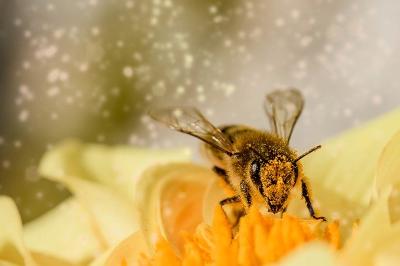 The Fate of the Fey in the Northern Frontier

In all of Cartyrion, one of the areas most devastated by the destruction of the Great Strife was the land between the Feywood and the sea to the north. Most of the Fey creatures that called these lands home were killed in the battles that raged. When the fighting was done, the Fey of the forest to the south had to spread themselves more thinly than ever before.

Sadly, as the Fey came from the south to restore natural order to the lands, the Humans came from the north and west to reclaim their farms, fields, and grazing lands. They saw the Nymphs as vermin. Dryads would keep trees from being cleared for land. Naiads would prevent streams from being diverted to water crops. And the Limoniads in the meadows, and the Sprites and Pixies everywhere were simply pests. They were driven off or killed by the settlers.

The Greater Nymphs and the Elves have since "educated" the Humans moving into the Feywood itself - making it clear that they must respect the land and all its creatures if they wish to remain in the forest. But the damage in the lands to the north of the great Forest is already done. There are not enough nymphs left in the Feywood to spread to the northlands. And unless Atezana deigns to Awaken more, the future is bleak for the Northern Frontier. 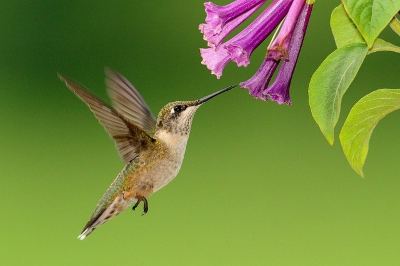 Aye, me harvest'll be lean this year again, Adric. This land's been nothin' but hard luck since I cleared it. Took a year ta get rid o' them pesky sprites 'n' pixies too - they kept busyin' themselves aroun' the trees 'n' plants... danged nuisance, they were. Yep... another year o' bad 'arvest... don't know how many more me fam' and me'll survive.
— Pioneer farmer in the Frontier Lands talking with a friend