The Elves are the oldest of the Folk of Cartyrion - preceded within the world by only the flora and faunt created by Berdea and the Fey created by Atezana. For many years, they were the only Folk upon Cartyrion, a thing that changed with the arrival of the Orokar, and then many others after. Many elves to this day think back to the times when Elves were the only Folk. Some of these feel deep in their hearts that all the others don't truly belong here. It's not their world... Cartyrion belongs to the Elves. Many of those who feel this way keep it to themselves, but there are a few outwardly resentful. Still others see the arrival of others as variety that has made Cartyrion thrive. Put simply, there is no one "Elf" outlook on Cartyrion or life in general.

Elves are, as a rule, slightly taller than humans, but tend to be more slender in appearance and graceful in movement.

Elven faces are sharper and more angular than that of humans. HIgh, prominent cheekbones and narrow jaws are the rule. But what most other Folk focus on most are the long, sharply pointed ears and almond-shaped eyes that appear to be without pupils. Elves do in fact have narrow, oval-shaped pupils, but the irises of their eyes tend to be so large and so dark that they often aren't noticed. Iris colors range from very dark, almost blackish greens to purples.

Elven skin tones vary widely, and are somewhat dependent on local habitat. Some elves of the deep forest may actually have a slightly greenish tint to otherwise pale skin, while others have brown-shaded skin that hides well against a backdrop of tree trunks. Elves of the far north can have pale, almost white skin. Elves who live in the deep caverns have sallow skin that is either almost silvery pale or almost obsidian black.

Elves possess Low-light vision. This enables them to see clearly in conditions that other Folk might consider too dim to see in. While they cannot see in total darkness, just a hint of moonlight or even a weak fire or candleflame is enough to illumate an area.

The fact that Elves live almost twice as long as any other of the Folk means that they frequently have to deal with the grief of the loss of friends to the ravages of time. As a result, Elves have become very slow to form such friendships outside of their own heritage - except perhaps with the Fey. This reluctance is often mistaken as aloofness or downright rudeness. In fact Elves can - and will - make friends with other Folk, but before they do, they make sure the friendship will be worth the eventual grief they know they are destined to feel.

The Elves were Awakened on Cartyrion by the joint action of both Berdea and Atezana of the Alevar - the first of the Astralar to arrive at Cartyrion. They Awakened in the green forest of which Berdea was most proud - for he was earlier the deity responsible for placing the flora and fauna upon the world. The first 250 Elves first opened their eyes beneath the great Golden Oak at the center of the forest they called simply "the Firsthome". Since then, the Elves have spread across the whole of the world. Large enclaves can be found in all of the Great Forests, for deep down inside, all Elves are most at home when among the trees, but Elves can be found living on the plains and in the deserts, and even in the great cities built by the Human over the years.

The Elves have a special relationship with the Fey Creatures of Cartyrion. Berdea created the Fey before he created the Elves, so they are thought of as older cousins of a sort. And since the Gremlins were once Fey, they too are near-relatives, though they are the "black sheep of the family" that the Elves prefer not to discuss.

Adolescence begins at age 20; physical adulthood at age 40, though many elder elves do not consider true maturity to be reached until about age 80. Elven females are typically capable of bearing children between the ages of 40 and about 400, though very few settle down to start raising families before they have lived at least 200 years. Births are never less than ten years apart, but is it not uncommon for the gap to be much larger. Few Elven mothers give birth to more than two or three children in their lifetime. Twins or other multiple births are unheard of. 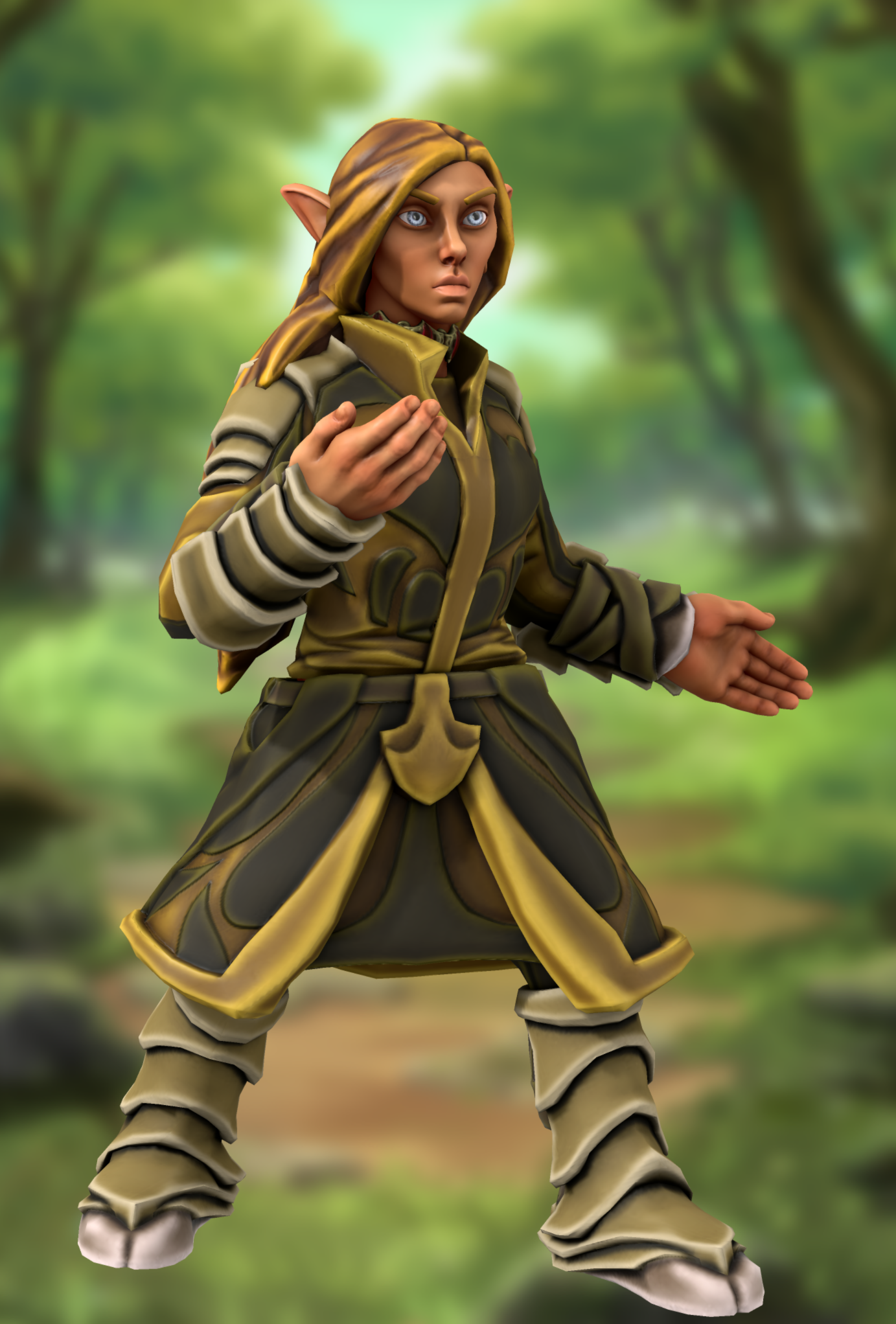